Decks can be displayed in a number of layouts:

Layouts available to those who have unlocked MFC Deck Premium include:

From the Decks list view, tap + to create a new deck. The options in creating a new deck are the same as when you edit an existing deck.

Tap the Edit button when viewing a deck to display its Edit Sheet. You can configure the following options:

You can nest decks within other decks, creating a hierarchical deck structure. This is useful if you have multiple decks for a particular task. For instance, if you have several decks that control macOS applications, you may want to create a top-level deck called Mac Apps. Then, you can place each of the macOS application-specific deck underneath the Mac Apps deck 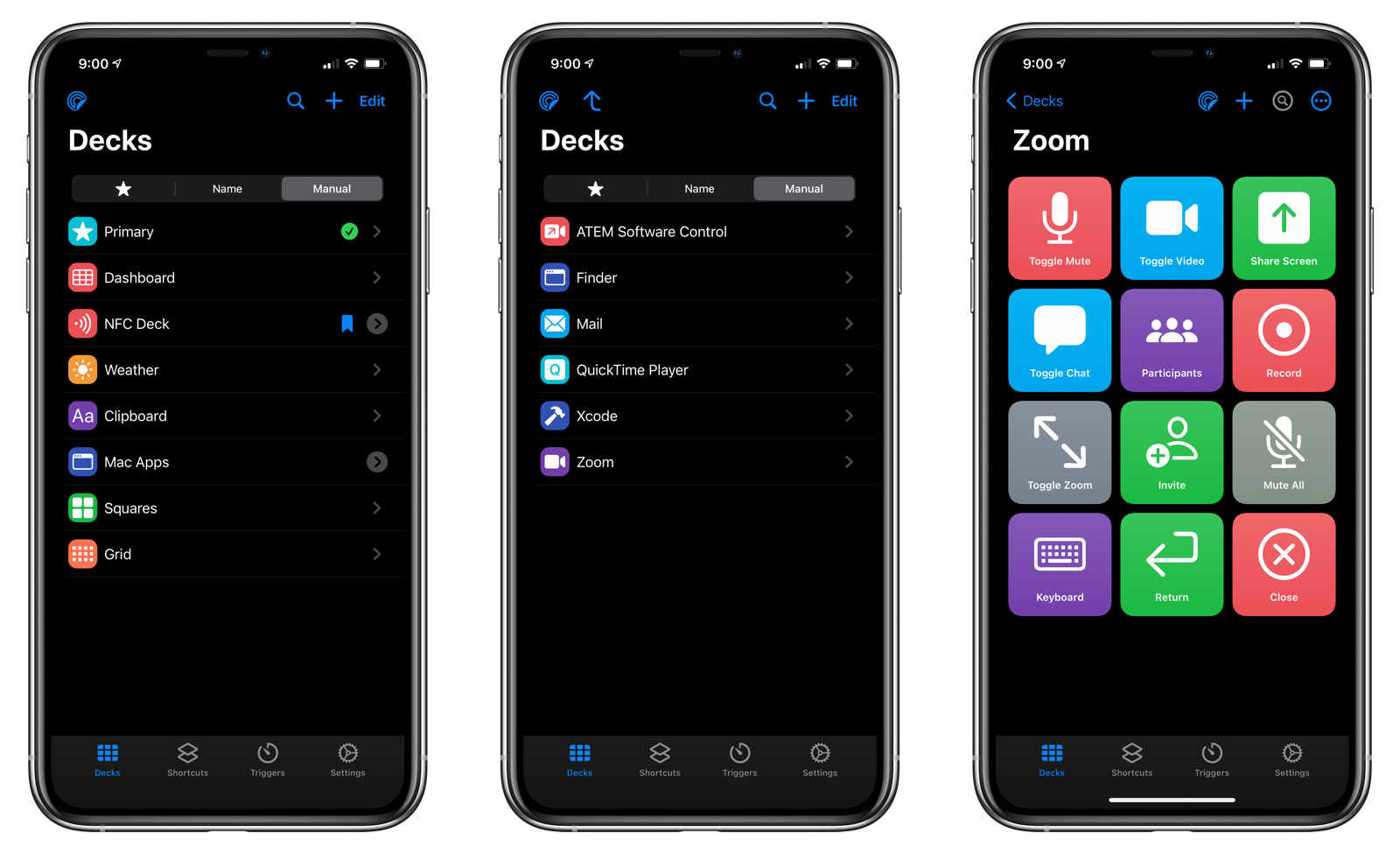 There are three ways to set the parent of a deck: